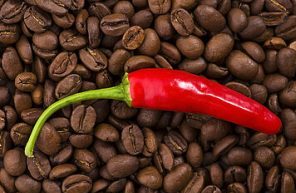 I’m sure you’ve seen the headlines and social media posts trying to convince you that this one fat-melting food will rev up metabolism or somehow magically melt away extra pounds. While some foods may aid in boosting your metabolism, they won’t likely make a significant difference overall.

That’s not to say foods don’t affect your metabolic system at all. For example, hot peppers and green tea have both been shown to boost metabolism, albeit slightly. Let’s dig into the science to understand the nuances behind those dramatic headlines and serve up some truth about food and metabolism.

Foods that can help boost metabolism
Metabolism refers to any bodily process that uses energy, including digestion, breathing, circulation, controlling body temperature, muscle contraction, and brain and nerve function. The body expends a certain number of calories to perform these functions at rest, which is otherwise known as resting metabolic rate (RMR).

There’s much debate as to whether your resting metabolic rate is set in stone or can be altered. In a way, every food will increase metabolism because it needs to be broken down. According to the most respected researchers out there, he speed of your metabolism is largely outside of our control. But small changes that we make over time can build up to keep your metabolism humming along. Most experts agree that there are 2 factors can help your metabolism:

But here are some foods that have the potential to moderately or temporarily affect your metabolism.

1. Green tea
Many believe that sipping a cup of green tea revs up your metabolism, but that’s only partly true. One older meta-analysis found that drinking green tea in conjunction with reducing calories resulted in weight loss. The researchers attribute this positive impact largely to EGCG, a compound in the tea which is believed to promote fat oxidation. 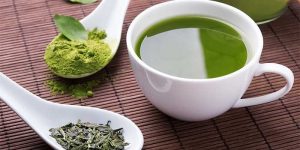 A 2017 study also suggested that EGCG alone might increase metabolic rate at sufficient doses (~300 milligrams).
This suggests that certain people reduced their weight and BMI by drinking 4 cups of green tea a day (1). The study noted that larger trials were needed to fully understand how it affects metabolism.

Adding a cup of green tea full of healthy things like polyphenols to your daily routine sounds like a no-brainer, but the amount used in clinical settings tends to be much higher than an average person normally drinks.

My Suggestion: Drink it if you enjoy it… maybe as a part of your quiet or your wind-down time.

2. Hot peppers
We’ve all heard the rumors that drinking cayenne and lemon water will crank up your metabolism. That’s probably a little far-fetched, but there’s some evidence that capsaicin (the compound found in hot peppers) may boost metabolism and have other metabolic benefits. 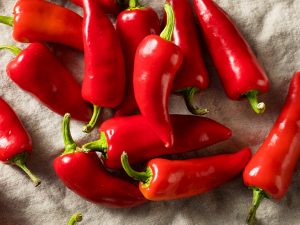 Here’s the caveat: Most studies use a large amount of cayenne pepper in supplement form. A 2017 review of studies found that most benefits in sustained weight loss and fat oxidation were from supplements with higher amounts than you’d eat in typical food.

However, studies have been showing benefits in weight loss from the addition of capsaicin. A 2013 study suggested that a potential benefit of capsaicin is preventing some of the normal decreases in energy expenditure you might see when in a calorie deficit. So while more research is needed to truly understand how it affects the body.

My Suggestion: if you enjoy the spicier side of life, there’s no reason to hold back. Add that cayenne to those eggs or tomato sauce!

3. Protein
Research seems to support the theory that meals higher in protein or fiber typically take more energy to digest — meaning they might amp up overall energy expenditure.

A small 2021 study found some connections between a high-protein diet replacement and the promotion of fat loss and energy expenditure more than just a calorie deficit. This doesn’t mean we should all replace our diets with high protein supplements, but rather that protein may have some beneficial effects on the metabolism.

Other studies have suggested that including good amounts of protein (about 35 to 30 grams per meal) may have benefits for appetite, body weight management, and cardiometabolic risk factors. One cautionary note, however. If there is insufficient energy expenditure, excess protein can be converted to glucose (sugar) which is not good for energy or weight loss. (2)

A caveat: our (informal) resident dietician, Liz Weinandy, would want me to point out that individuals with kidney, liver, certain cardiovascular or other metabolic risk factors should exercise caution and consult with their dietician or physician before adding large amounts of protein to their diet. 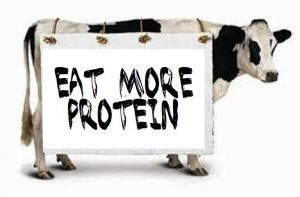 My Suggestion: Eat more protein! if you don’t have any physiological risk factors – aim for .75 grams of protein per day for every pound of desired body weight.

4. Coffee
Coffee has had a bit of a comeback in the nutrition world due to a few studies linking its antioxidants to benefits in weight, BMI, and body fat reduction.

Studies have shown that caffeine/coffee stimulates the metabolic rate in both control and obese individuals; however, this is accompanied by greater oxidation of fat in normal weight subjects.(3)
However, you may want to hold off on the extra-large coffee. Most medical experts agree that large intakes of caffeine can result in health consequences such as a rapid heart rate, digestive issues, or insomnia. The National Institutes of Health (NIH) recommends less than 400 to 500 milligrams per day for most nonpregnant adults.

Also make sure that drinking a ton of coffee may displace other much-needed nutrients from your diet, like protein, fat, carbs, vitamins, and minerals.

My Suggestion: If you enjoy that cup of joe in the morning go for it. Caffeine has shown to have some real boosting effects, but it shouldn’t be the only thing you put into your body. Plus, watch out for a ton of added sugar which can start to counter those beneficial effects.

5. Water
The science does show that drinking water may facilitate weight loss and encourage other positive health outcomes. If you have been following the last of my emails, you know we are putting an emphasis on proper hydration this month at 614Fitness. Water is critical in every cellular activity of our body from head to toe. Staying hydrated helps the body run more efficiently and helps us feel better. 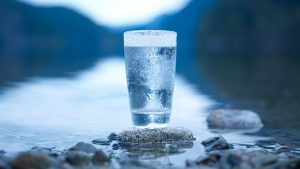 But drinking more water should be only one small part of your wellness journey. Drinking water is not going to have a huge metabolic or weight loss effect, and without calorie restriction and/or exercise, just drinking water is not likely to lead to significant metabolism boosting. it’s important to embrace a more comprehensive and sustainable approach (4)

My Suggestion: Set a daily goal, but no less than 64 ounces a day and stick with it. Your skin, brain and overall health will thank you for it!

The Takeaway
Unfortunately, no single food is going to magically boost your metabolism. The downside of such claims is that people might rely on the ‘fat-burning’ effect of certain food instead of making sustainable dietary changes.

Even though green tea, cayenne pepper or other “metabolism boosters”  may help you burn an extra 20 to 50 calories, neither is likely to make a huge difference in your overall metabolism or weight loss. The only real solution to boosting your metabolism in the long term are the same mantras we always say at 614Fitness: